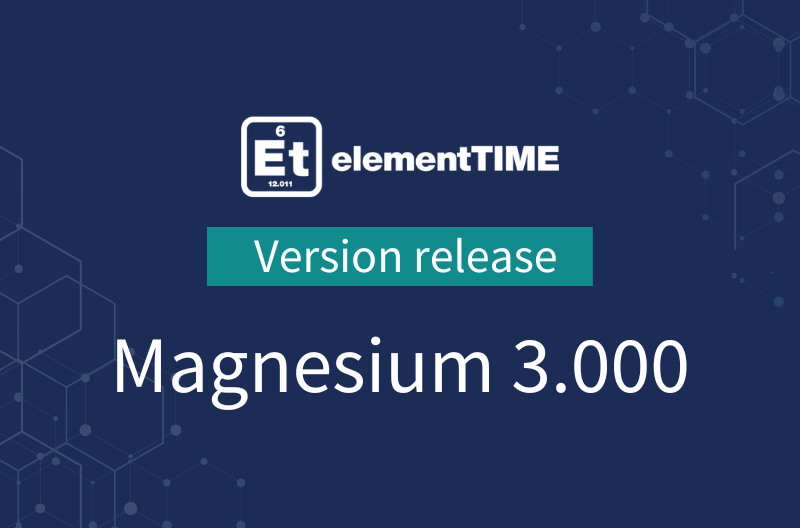 This is a major release for users with multiple roles. It significantly changes the way those users can be managed allowing separation of data between roles while still allowing a single timesheet for the user.

There are multiple other functionality enhancements in this release.

Have defined external ref ID set to the role

If a user has multiple profiles within their ERP or payroll system (where the user has one profile for each of their roles), the user can retain a single profile within elementTIME but now link the data for each role by setting the role assignment ext ref to match the profile within the ERP / Payroll system. If an external ID is not set for multiple roles within elementTIME the users default ID will be used.

Payroll can now set if users can see the breakdown of their wage / salary or just the hourly rate. If users are set to just see an hourly rate but do not have an hourly rate set then no value will show. 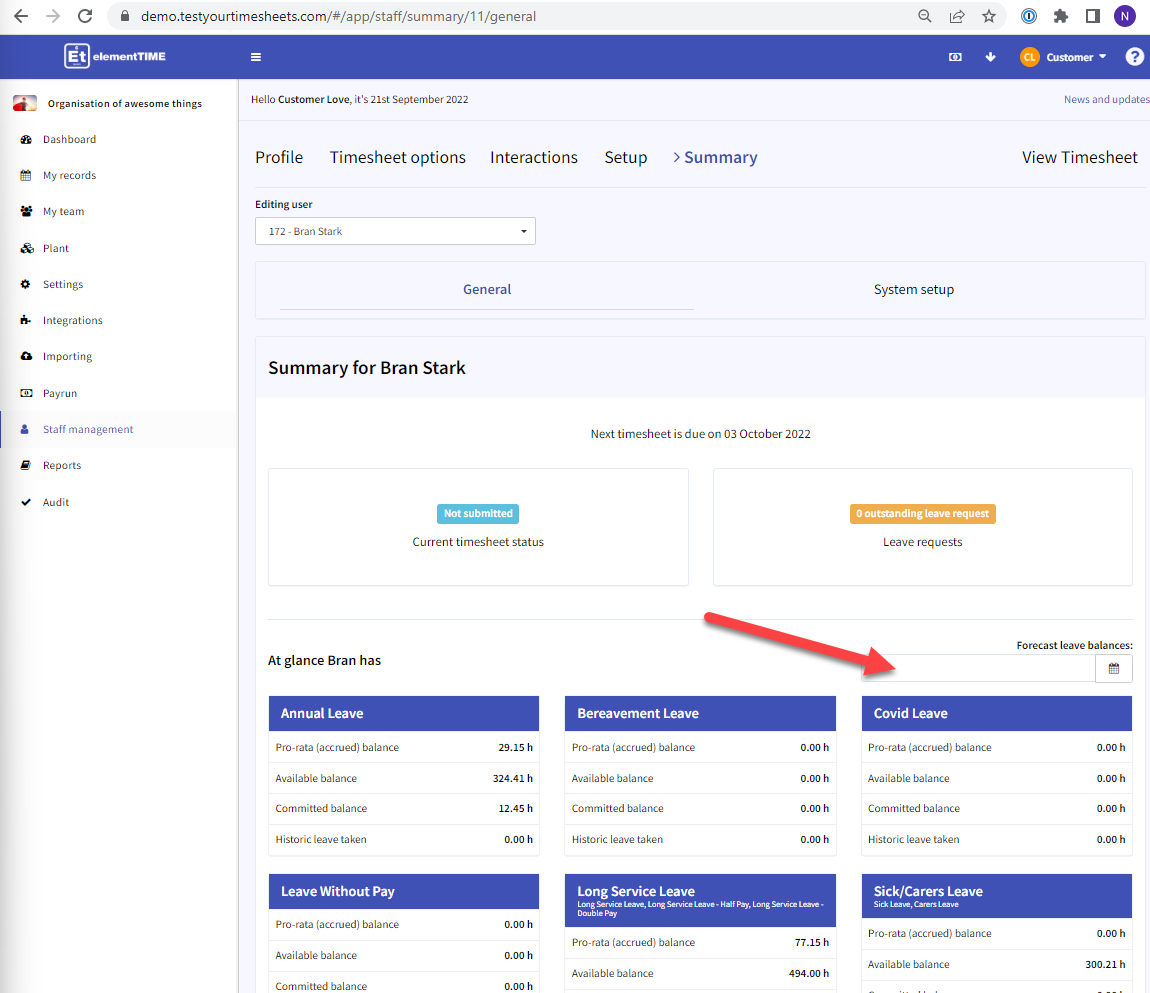 Payroll officers can now replicate the forecasting of balances similar to users functionality to forecast personal balances. This is available through the users summary page.

If users have entered time (or other values) against plant items then they can now navigate direct to the daily plant card for that plant timesheet as well. Previously you could only navigate from the plant sheets to the user timesheets so this sorts that out.

Woah how did this one last so long – users can now make roles inactive rather than just unassign them -making a role inactive will also mean it does not show in role drop down lists. Finally.

Note – the status can only be changed to inactive if the role has no current relationship with a user.

Now that many users are utilising both complex timesheets (recording of time against multiple work orders / tasks) and period glides, it can be hard to see the daily total of hours in the standard timesheet view unless you open the daily timecard. Not any more. Hovering over the total recorded hours will display a per day break down.

When assigning roles to a user, if the role does not already exist you can now add it directly from the assign role modal rather than needing to go create the role first and then assign it. Because that was seriously annoying.

[CHORE] – Upgrade and performance enhancements – With the new changes to the approvers on multiple roles we gave everything a spring clean.

[FIX] – Solve issue where auto assignment rule could technically allow leave types to be added to the TOIL bank. Not any more. Crisis averted.

[FIX] – Change validations that were impacting creating new users and the start date for the first association with a direct manager.

[FIX] – Resolve conflict for some users when accessing message logs.

[CHORE] – Create enhanced method to check if records are active on the payrun period (whole or part) when complying some calculations.

[FIX] – Repair issue where for some overtime cap rates (where paid overtime defaults to set rate for calculations not the rate of the user for that role) were not being applied to overtime in entry reports, batch files and payroll integrations.

[FIX] – Solve problem fetching the correct excess time calculations for specific time blocks when flag to use the other section rule is true.

[FIX] – Resolve timeout issues if tenant has excessive timesheets to fetch in a single call.